Civil union is the term for  the Italian legal system to indicate the legal institution of public law, that is similar but not equal to marriage, involving the legal recognition of the couple formed by persons of the same sex, aimed at establishing their rights and reciprocal duties

This institution extends most of the rights and duties of the marriage also to homosexual couples.

The law was introduced in 2016 and provides for the registration of acts of the union in the civil status file. 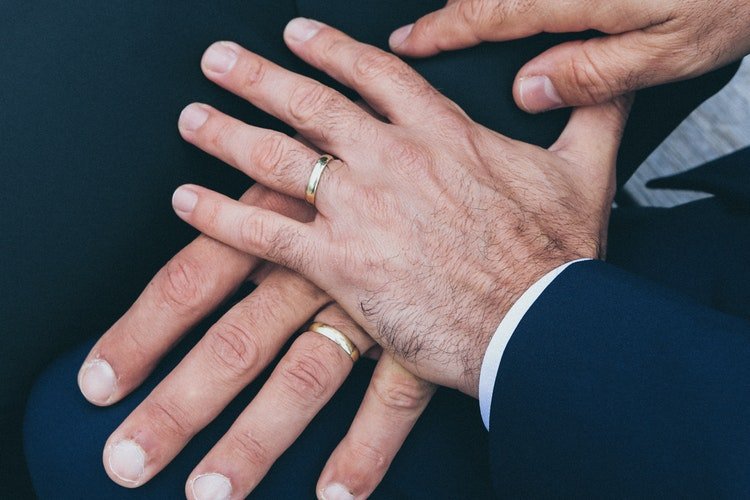 The document certifying the establishment of the restriction must contain:

The differences with marriage

Compared to marriage, the law does not mention either the obligation of loyalty or that of collaboration.
Therefore the reciprocal obligations arising from the civil union borne by the parties concern cohabitation and moral and material assistance.

In a civil marriage, the wife adds her husband’s surname to her own, while for the civil union it is possible for a couple to choose the family surname.
In fact, the parties, by a declaration to the Registrar, can indicate a common surname by choosing it from their surnames.

The celebration of the civil union (which the law calls “constitution”) consists in  a personal and joint public declaration made by the couple that  they want  to form a civil union in front of the registrar and  with the presence of two witnesses in the house municipal or,  according to the  request of the couple, in another place provided  by the municipal rules for weddings and under the same conditions.

The celebrant proceeds to the identification of the two parties and the witnesses then he reads the laws that regulate the rights and the reciprocal duties that arise from the civil union and that are contained in paragraphs 11 and 12 of the art. 1 of the law 76/2016.

Paragraph 11: “With the constitution of the same-sex civil union the parties acquire the same rights and duties, the civil union involves the mutual obligation to moral and material assistance and cohabitation. Both parts are held, each in relation to their possibilities and their ability to contribute to common needs.”

Paragraph 12: “The parties agree with each other how to run the family life and fix the common residence;

For foreign couples, it needs to register in their country the civil union as a civil wedding.